The Pinnacle at Encino Commons 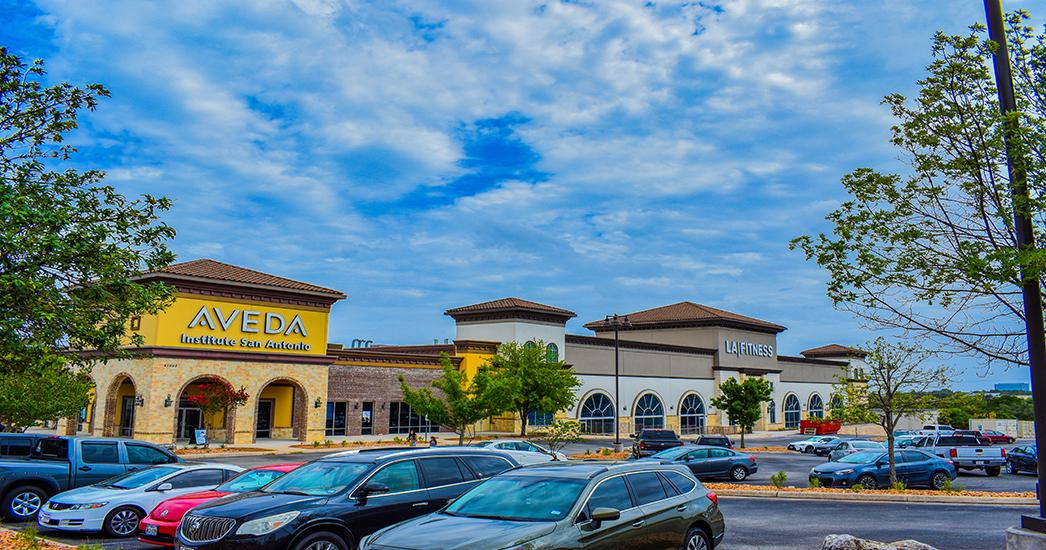 The Pinnacle at Encino Commons

The Pinnacle at Encino Commons is a ± 99,892 square foot shopping center situated on ± 13.28 acres of land which is currently 79% leased. Located at the bustling intersection of U.S. Highway 281 and Evans Road in San Antonio, Texas the site has strong freeway exposure to U.S. Hwy 281 and enjoys a combined traffic count exceeding 108,000 vehicles per day at the intersection. LA Fitness recently executed a brand new 15-year lease in the project. They are the largest operator of corporately owned health clubs in the United States with more than 750 locations. With this new anchor generating 1,200 to 1,500 trips a day to the shopping center, a new owner should be able to backfill existing vacancies, as well as build space for new tenants in the existing developable pad site which is included in the purchase. Upon stabilization of the existing shopping center, the owner can drive unlevered yields close to 8% and can drive yields significantly higher upon developing additional space on the existing pad.

The City of San Antonio is the 2nd largest city in Texas and the 7th largest city in the United States with a population of 1,598,960. Overall, the San Antonio MSA is the 3rd largest metropolitan area in Texas and the 24th largest in the United States with a population of 2,601,788 according to a March 2022 FRED Economic Data Estimate. According to the U.S. Census Bureau, the City of San Antonio was 3rd in the nation in population growth for the past decade (2010 – 2019), adding 221,092 residents to its population. San Antonio enjoys a robust and diverse economy with a metro GDP in excess of $116.3 billion and 2 Fortune Global 500 companies and 7 Fortune 1000 companies headquartered in the city. Major industries include information technology, cybersecurity, bioscience, aerospace, new energy, financial services and advanced manufacturing. San Antonio’s booming economy is in large part a result of its access to a strong talent pipeline with over 15 colleges and universities in the metropolitan area. Low taxes, a low cost of doing business, and a business-friendly environment continue to drive new job growth and attract new residents to the area.

The Pinnacle at Encino Commons benefits from a dense three-mile population with over 89,000 people and an average household income of over $105,000 per year. The U.S. Hwy 281 corridor north of Loop 1604 boasts the city’s greatest concentration of high-income residents. Located at the intersection of U.S. Hwy 281 and Evans Rd, The Pinnacle at Encino Commons is nestled within a thriving retail intersection with national and regional retailers that include HEB Plus!, The Home Depot, Burlington, PetSmart, Planet Fitness, Half Price Books, Chick-fil-A, McDonald’s, Whataburger, Chase Bank, Bank of America, Panda Express, Orange Theory, Five Guys and CareNow among others. Per Claritas, the HEB Plus! location at this intersection is their highest volume Plus! store in the United States. Located in a thriving retail corridor with extremely high occupancy, excellent freeway exposure along U.S. Hwy 281 and a brand new 15-year LA Fitness lease, The Pinnacle at Encino Commons gives a buyer the potential opportunity to own an asset that is built for long-term stability with tremendous value-add upside. 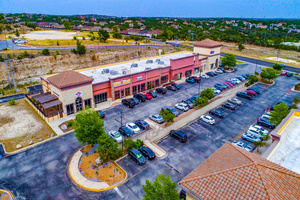 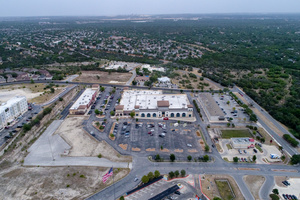 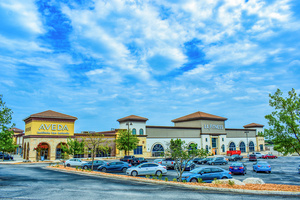 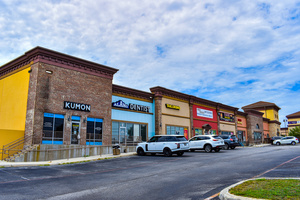